Jim Ross is the founder and principal attorney of Jim Ross Law Group, P.C. As a former Marine, police officer and DEA task force officer, Jim is accustomed to dealing with adverse situations. As an accomplished trial lawyer, Jim’s dedication and hard work is matched only by the passion he exhibits for his clients every day. In arbitration, settlement negotiations, and in court, Jim shows up ready to play ball. Jim knows that actions speak louder than words, even when it comes to law.

More than a passionate lawyer and advocate for his clients, Jim is a family man with four kids and he brings his experience as a measured and caring father to his family law and juvenile defender cases.

Jim received his Bachelor of Arts in Criminal Justice from Dallas Baptist University and his Juris Doctor degree from Texas Wesleyan University School of Law. As an active member of the community, Jim serves on the Board of Directors for the Greater Arlington Hispanic Chamber of Commerce and the Arlington Police Foundation. Jim also serves on the Board of Directors for Emergisoft, an Arlington, Texas based company providing emergency department systems to hospitals across the country. 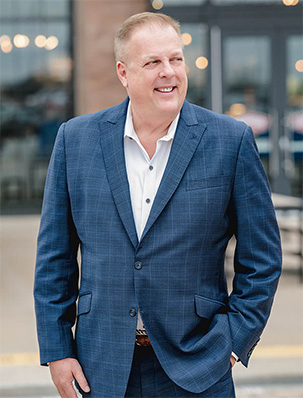